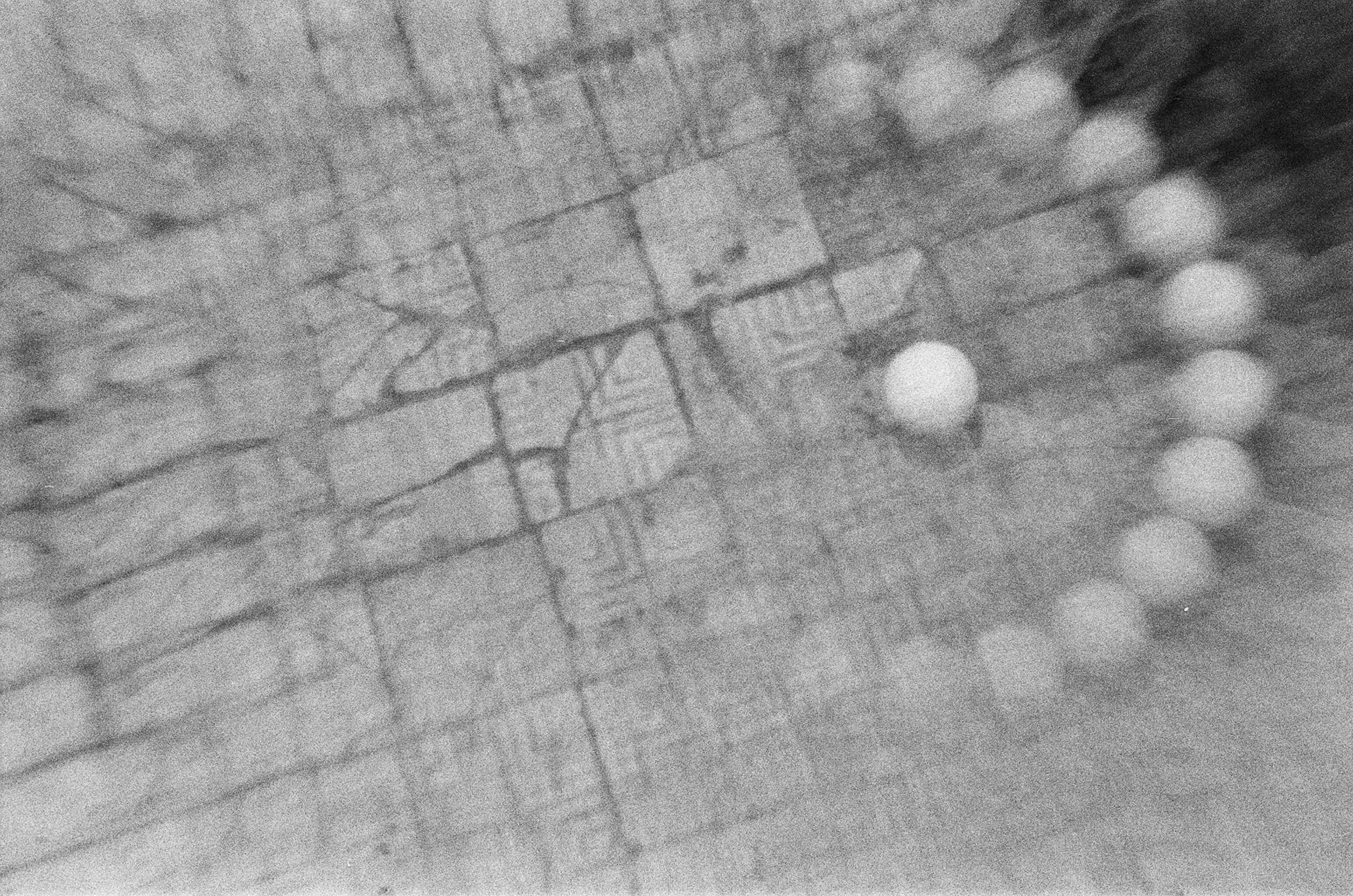 The second set of possibilities refers to what could have happened but did not, to the next closest outcome of the same set of factors through the same laws of causality. If a slight detail were changed at each step in a series of events the resulting experience would surely sound astoundingly different to our present Reality.
La Fraile Cohérance des Paussibles intends to capture an audio recording of this event that almost happened, but didn’t.

An earfull of recorded samples were played back in different settings both real and virtual, and re-recorded. The process was repeated to obtain various spatial occurrences of the same sound source. Those were mixed into thick sonic textures that constantly morph  through a foggy soundscape, with bits of solid sonic debris floating in superimposed empty spaces.